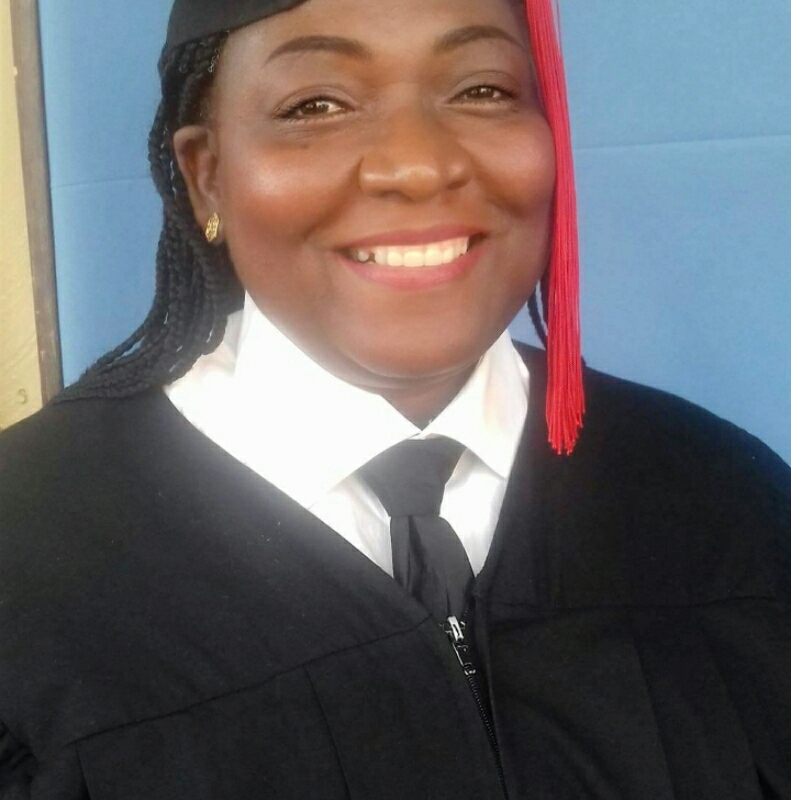 I read a young woman’s appreciation of her mom’s determination to obtain a Bachelor’s degree and decided to share it on my blog, liberianjue. This is Jarsa’a tribute to her mother on how she redefined strength and sacrifice.

On December 8th, Mama graduates from college. She graduates with honor – a GPA of 3.295, and I’m so proud of her. It’s also the birthday of her second child, by the way #sniffles. It has not been an easy journey, but somehow, we are here today.

She is strict – very. A grade ‘A’ disciplinarian. A ‘no nonsense taking’ woman, but Edith T. Deline is one of the kindest person there is. Raising her four children and fostering many, (five of whom she’s seen through high school and college, respectively), her home is a revolving door. There are always people in and out of the house as she always has an open door to everyone.

Whether you are someone looking for a place to stay for a while, till you get back on your feet, a teen, looking for a little discipline, some food and education, mama feeds, shelters and educates everybody who comes her way and needs help – if she can.

She’s clearly had no time to put herself first, to say the least. But it was okay with her – she was doing a good thing.

Graduating from high school in 1983, she wanted to work and attend college, concurrently – being the sixth of seven children of a single mother, she had to work if she wanted to continue her education. Grandma worked as a school teacher, a career where she barely made enough to feed her seven children and every other child she fostered, let alone send anyone to college. If you wanted higher education, you had to find a way on you own to get it. So, mama had to work – and go to school.

She took the University of Liberia’s entrance exams and passed, but when she sat the interview, (yes, apparently you had to sit an interview – and pass, after you have sat and passed the entrance, to be admitted into the university, at the time) she was denied entrance. She had applied to attend the College of General studies (Continued Education), a college strictly for working people who wanted to ‘continue’ their education, but you had to be at least 30 years old to be admitted – she was 19. Cuttington University however, the only alternative university in the country at the time, privately owned and very expensive, it was a non-starter.

In 2009, during a conversation with a friend, he asked her if she had ever attended college. She said no and he went on to tell her that she is too smart to not give it a try. Mama took that as a boost to want to do that – give it a try. At the time, her last set of children, the twins, were only four years old and the newest child in the house was eight. She took the University of Liberia’s entrance exams – again and passed – again. This time, not having to sit an interview.

When she called to tell me she had taken the entrance exams and passed and was going to start college, the first words that came out of my mouth to her were “no, you can’t go to college. Why would you want to do that? You’re already old (she was just in her mid-40s, by the way) and living a well-off life, what do you even want to do with a college degree?” she responded, “I’m not even that old, there are people far older than me who are going to school and there’s a lot I can do with a college degree.” “Mama”, I said, “the boys are only four and Mae is eight, you have children to take care of, you can’t go to school and work full time and still have time and strength to take care of them.” She laughed on the phone and said, “watch me” – WATCH ME.

Few months later, when it was time for registration, she gave me her money and documents to go and register her ‘cus she was busy at work and the process was tedious. Ah! I said it, you cannot do this. It’s just the beginning and you already cannot handle it. I took the money and documents, and never registered her – she did not attend that semester.

It’s not that I didn’t think she could do it – which I undoubtedly knew she could, because she is strong and she is brilliant – I just could not wrap my mind around My Mother going to school. Selfish, I know. Moving on.

She didn’t let that stop her, the following semester, she took time off work and handled her process herself. I could not understand why she wanted this badly, but I was in awe of her persistence.

Mama went to school every semester after that (excluding 2014, the year of the Ebola outbreak), taking just the right amount of credit she could handle in addition to her life as a full-time working mother of small children. She went to school every day, did every test and every assignment, attended study groups when she could, asked us to tutor her when there was need.

There were days when it was more difficult to go to school. Days where she would leave work, tired, but would go to school, come home at night and cook the food for the next day, so that the children have something to eat when they come from school. Days where there was no one to take care of the children while she went to school – especially when she had to start taking care of my one year old when I traveled in 2013 – but she didn’t let those things stop her. 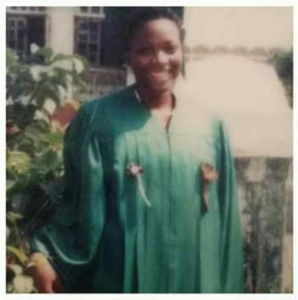 There was a short period when she worked at the airport and had to drive an hour every day after work to get to school. It was overwhelming, but she did it anyway. When it got too strenuous for her, she quit the job – it was anything but school.

She has taken care of everything and everyone and now this is her time. It is her time and nothing or no one can stand in her way. She has redefined strength and sacrifice and as her oldest child, I couldn’t be any prouder.

“And one day she discovered that she was fierce and

Strong and full of fire, and not even she

Could hold herself back because her

One thought on “A Mother’s Determination”